A Brief Description Marijuana is the best treatment for […] 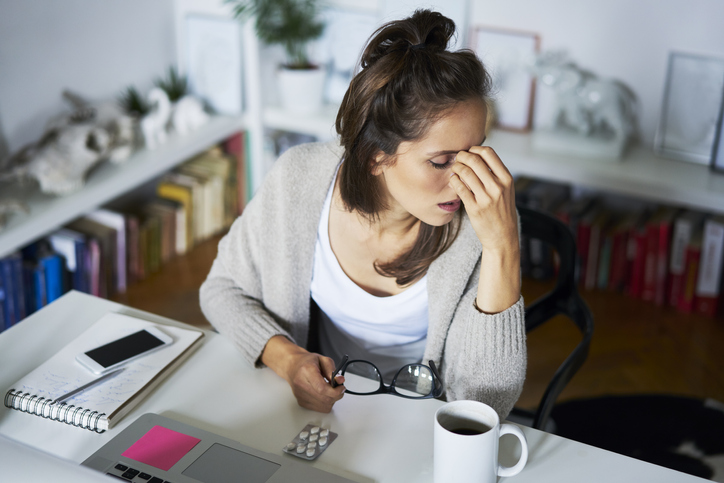 Marijuana is the best treatment for migraines, writes the father of internal medicine and founder of Johns Hopkins Hospital, Dr. Sir William Osler, in “the Principles and Practice of Medicine” first published in 1892. He writes, “Cannabis indica is probably the most satisfactory remedy [for migraines].”

Not to be confused with a common headache, migraines are a neurological disorder characterized by a collection of symptoms that cause one of the most debilitating conditions suffered by humans. Less oxygen reaches the brain as a result of the restricted blood flow and higher levels of serotonin are produced. Platelets, the blood cells that aid in clotting, become stuck in the blood pathways as vessels outside the brain are contracted. There are two types of migraines: Classic and Common.

Migraines can occur in various combinations and include:

In the 21st century, migraines are most commonly treated by pharmaceuticals, but doctors have been using medical cannabis to treat them for thousands of years.  While the exact cause of migraines is unknown, researchers have discovered from which areas of the brain this pain arises, which molecular changes signal the onset, and how cannabinoids affect these changes. The human body contains systems that are filled with neuromodulators (receptors) and these sophisticated receptors help regulate a variety of physiological processes including movement, mood, memory, appetite and pain — the body’s endocannabinoid system receptors respond to the compounds present in cannabis called cannabinoids.

Medical cannabis provides effective relief from migraines because it is made up of cannabinoids that are designed to bind to the same endocannabinoid receptors in the human brain responsible for pain, memory and appetite. Because the medical cannabinoids react, sometimes seamlessly, with the endocannabinoid receptors in the brain and body, they are able to relieve symptoms caused by a variety of different ailments, including migraines.

What Does The Research Say?

Leading medical cannabis researchers in Italy published a study in 2007 suggesting that migraines occur as a result of an underproduction of endocannabinoids in the human brain and body. This research found that those who suffer from migraines also possess significantly lower levels of the endocannabinoid, anandamide, which binds to the same transmitters that react to THC.

THC has also been found to lower blood pressure, which can help to alleviate the blood floor restriction problems that lead to the onset of a migraine headache, and CBD produces a calming effect in patients suffering from the type of severe pain experienced during a migraine.

In 2013, researchers in California revealed that triptans, the most commonly prescribed class of pharmaceuticals in the treatment of migraines, mimic the effects of THC in areas of the brain responsible for pain regulation.  Many of those who suffer from migraine headaches report that smoking or vaping medical cannabis is more effective at treating the condition than their prescribed triptans.