A Brief Description The term cancer is used to […] 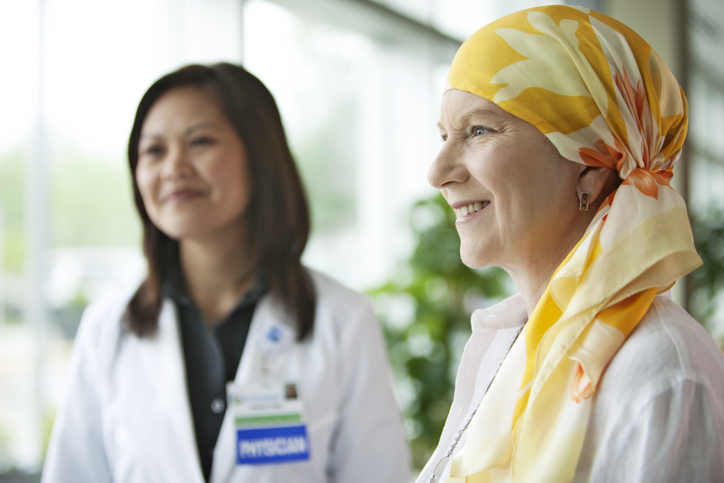 The term cancer is used to describe several related diseases which result in the abnormal growth of cells within the human body. These abnormal cells can grow almost anywhere including the brain, breasts, lungs, pancreas, prostate, blood, bladder, colon and skin. Cancerous cells are able to divide and spread quickly, resulting in the buildup of solid masses known as tumors. The first cause of cancer was documented in 1775 when British surgeon Percivall Pott realized that certain tumors were prevalent among chimney sweeps.

Today, there are more than 100 different known types of cancer, and it is estimated that more than 1.6 million Americans will be diagnosed with one form or another in 2015. Cancer claims the lives of approximately 600,000 people in the US each year. In 2012 there were an estimated 14.1 million new cases of cancer diagnosed (with 8 million deaths) in the world – this number is expected to increase to 24 million by 2035.

The human body contains systems that are filled with neuromodulators (receptors) and these sophisticated receptors help regulate a variety of physiological processes including movement, mood, memory, appetite and pain.  In much the same manner that the human body’s endocrine system receptors respond to opiates – the root compounds of many pain relieving medications like morphine, codeine and hydrocodone (Vicodin) – the body’s endocannabinoid system receptors respond to the compounds present in cannabis called cannabinoids.  Interestingly, years before any state had passed medical cannabis legislation, a study issued in 1991 by Harvard Medical School found that Forty-Four percent (44%) of US oncologists were recommending cannabis to their patients to help relieve the side effects from traditional cancer treatments.

Unfortunately, many people with cancer experience significant discomfort from both the illness itself and the side effects from conventional medications. Research has shown cannabis to be effective in treating many of symptoms of cancer or side effects from conventional cancer treatments since the 1970s. Numerous studies over the past three decades have reported that the use of cannabis reduces pain, nausea, vomiting and stimulates appetites in patients receiving chemotherapy treatment.

A 1999 Institutes of Medicine report noted that for “patients already experiencing severe nausea or vomiting, pills are generally ineffective, because of the difficulty in swallowing or keeping a pill down, and slow onset of the drug effect…nausea, appetite loss, pain and anxiety…all can be mitigated by (inhaling) marijuana.”

According to the National Cancer Institute (NCI), “Studies in mice and rats have shown that cannabinoids may inhibit tumor growth by causing cell death, blocking cell growth, and blocking the development of blood vessels needed by tumors to grow.”

Recently, the National Institute on Drug Abuse (NIDA) revised a publication on medical cannabis to include language specifically acknowledging that “recent animal studies have shown that marijuana extracts may help kill certain cancer cells and reduce the size of others.” Furthermore, one cell culture study suggests that purified extracts from whole-plant marijuana can slow the growth of cancer cells from one of the most serious types of brain tumors.”

While there are countless stories related to the efficacy of cannabis in dealing with the side effects associated with common cancer treatments (as stated above, even in 1991 roughly 44% of oncologists in America were recommending that their patients consume cannabis for relief), there are a significant number of wonderful stories where people have utilized a cannabis-based treatment protocol to help beat cancer into remission.

Sharon Kelly is a British woman in her fifties that was diagnosed with lung cancer in late 2013. Sharon was diagnosed at Stage 4, the cancer had progressed to her lymph nodes and the lining of her stomach. Her doctors advised Sharon that chemotherapy and radiation were not valid treatment options for a lung cancer patient at this stage of diagnosis and would truly just make her more sick. She was given six to nine months to live. Shortly thereafter, Sharon began consuming cannabis oil on a daily basis – two grams per day along with a healthy, alkalizing diet. After a couple of months the tumor had decreased from 5 cm to 2cm and her lymph nodes were appearing normal. After seven months – with no other medical therapy or treatments – Sharon tested cancer-free and has remained so to this day. A truly wonderful result utilizing a cannabis-based treatment protocol.