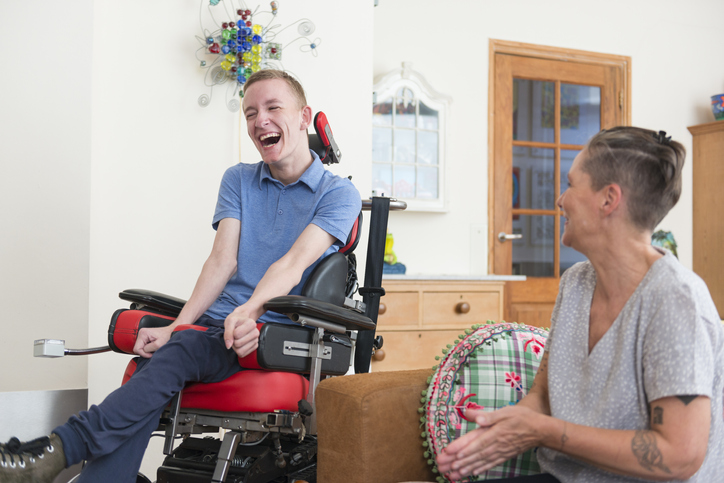 Amyotrophic Lateral Sclerosis (ALS), also known as Lou Gehrig’s Disease after the New York Yankees Hall-of-Famer, is a neurological condition affecting the nerve cells in the brain and spinal cord that are responsible for mobility. As the viral ALS Ice Bucket Challenge brought to national attention in 2014, motor function and control of the limbs and vital organs are lost as these neurons degenerate.

Approximately 30,000 Americans can have the disease at any given time. Although the exact cause of ALS is unknown, it has been linked to an overabundance of free radicals in the body, which cause damage to the motor neurons in the brain and spinal cord. When these motor neurons are damaged and die, the body loses the ability to control muscle movement and function of vital organs. Symptoms can vary from person to person and include muscle weakness, muscle spasms, depression, lack of appetite, debilitating loss of coordination, and eventually difficulty controlling speech, swallowing and breathing. While not all people with ALS experience the same symptoms or the same patterns of progression, progressive muscle weakness and paralysis are universally experienced. Unfortunately, there is no cure and treatment options are limited.

The human body contains systems that are filled with neuromodulators (receptors) and these sophisticated receptors help regulate a variety of physiological processes including movement, mood, memory, appetite, and pain — the body’s endocannabinoid system receptors respond to the compounds present in cannabis called cannabinoids.

At least five of the cannabinoids found in cannabis are shown to alleviate some of the symptoms caused by ALS, and a few are linked to slowing the development of the condition or helping to delay the onset.

Tetrahydrocannabinol (THC) is the psychoactive component known for producing the feeling of being “high.” This component works to reduce pain and inflammation, stimulate the appetite, and can even battle depression by uplifting a patient’s mood. THC also acts as a neuroprotectant. Cannabichromene, or CBC, enhances the medical efficacy of THC, thereby increasing the healing powers of THC.

Cannabidiol (CBD) is known to significantly reduce muscle spasms, relieve inflammation and act as a powerful antioxidant which helps to remove free radicals from the body.

Tetrahydrocannabivarin (THCV) is also an effective anti-inflammatory. Like THC, CBD, and THCV, Cannabinol (CBN) also fights inflammation while also reducing muscle spasms. CBN is also an effective sleep aid or sedative that can help patients rest even when in severe pain.

Dr. Gary Carter, Medical Director of the St. Luke’s Rehabilitation Institute in Spokane, Washington – and an expert in treating neuromuscular disorders – has witnessed many ALS patients benefit from the use of cannabis. Dr. Cater has stated, “[w]e know more about cannabis than 95 percent of other medicines. Cannabis is custom made to treat ALS.”

In 1985, Cathy Jordan began experiencing difficulty with basic motor skills. In the following year, she was diagnosed with ALS and given 3 to 5 years to live. In the winter of 1989, Jordan was in Florida during the holidays and tried smoking pot – she immediately felt her symptoms cease.

As is all too often the case, Jordan’s doctors were her choice to medicate with cannabis. “I visited a neurologist at Duke University. When I told him that I was smoking cannabis, he didn’t know what to do with me. He was afraid. He wouldn’t even take my blood pressure because I was using an illegal drug.” The doctor actually tried to convince her husband to have her committed. Fortunately, Jordan met a new doctor in 1994 who couldn’t believe the progress in her symptoms – when she advised this doctor that she was medicating with cannabis his response was “smoke all the cannabis you can…” Cathy Jordan ended up becoming the inspiration for Amendment 2, the medical marijuana initiative in Florida, entitled the “Cathy Jordan Medical Cannabis Amendment” that came up for vote last November.